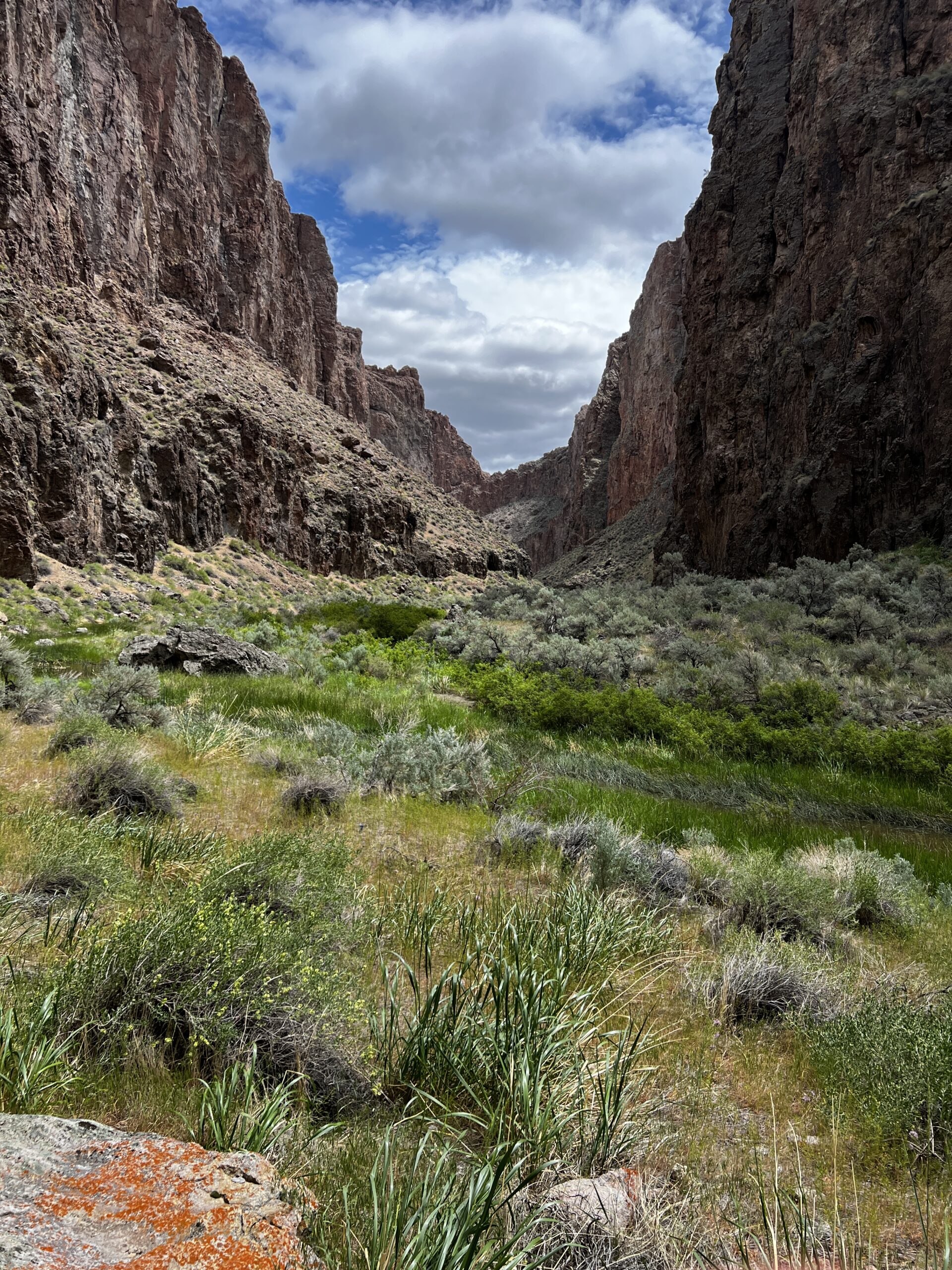 Our first destination on our trip leaving the Bay Area was Sheldon National Antelope Refuge. A contact on Instagram who’d noticed my love of archaeology reached out and suggested it as a place I’d like.

The refuge is located in a super-remote location on the eastern border of Oregon and Nevada, about 100 miles north of Winnemucca. My favorite day of our fabulous four-day visit was when Paula and I hiked a challenging five miles down a deep river gorge filled with grasses, sage brush, and rose hips. It is the kind of place not a lot of humans tread, filled with animal bones, snakeskins and artifacts “stuff collectors” pick up.

In addition, we noticed three distinct bird domains. The first kingdom announced itself when we heard an almost jet plane sound reverberating off the canyon walls. When we looked up, we saw pigeons flying in formation. The pigeon kingdom, a surprise to me as I am used to seeing them submissive in city parks, went on for over a mile. The next section was filled by songs but we did not see who was making the glorious calls. Finally, as the pitch decreased and the walking turned increasingly marshy, swallows dominated, feeding their young in crags along the rough canyon walls.

Of course 500 feet in the air above our footfall, raptors patrolled all three kingdoms. At the exit of the canyon there was a former Native American chipping site strewn with obsidian flakes. I used my favorite app on my phone–GaiaGPS – to get up to the rim and back to our campsite at the former Civilian Conservation Corps headquarters.

We swam in the pool filled by a warm artesian spring and washed our hard-earned bloody scratches in 1930’s era bathhouse, delighted at a fine adventure.